After yesterday’s incident at the mall, I’m beginning to think the neighborhood no longer may be big enough for both us and our neighbors. As it is, we haven’t been on good terms with “Lucrecia” and “Hernando” since the day I inadvertently blabbed my knowledge of Hernando’s cross-dressing fetish. I’m fairly sure somebody will need to relocate now; else I’m afraid violence may erupt.

It was an innocent misunderstanding. During our late afternoon jaunt to the mall (seeking a new cummerbund for my tuxedo, in final preparation for my sister’s upcoming black-tie wedding reception), Sophia and I thought we saw Hernando entering the Sephora store. We couldn’t be sure though. The person we spotted was dressed in drag, replete with hair extensions, makeup, earrings, cocktail dress and heels.  Though neither of us, to our knowledge, had ever seen Hernando garbed in full feminine regalia, the guy browsing lipsticks (that this person had balls was never in doubt) looked exactly like Hernando’s twin sister, if such a character existed.

Suspicion turned to certainty — in our minds — when we ran into Lucrecia two stores down. As I figured, if the couple had taken Hernando’s habit public, then my prior indiscretion could be forgiven. I saw a perfect chance to say hi to Lucrecia and hopefully end the tension between us.

The news that her husband was also at the mall (and dressed in drag no less) came as a surprise to Lucrecia. No sooner did I relate this information than she demanded to know where she could find the “cross-dressing son of a bitch.”  In neighborly fashion, Sophia and I accompanied her back to Sephora, where the three of us found “Hernando” experimenting with foundations.

As it turned out, the dude wasn’t actually Hernando. But Sophia and I must’ve been on the mark regarding the guy’s uncanny resemblance to our “dressed-up” neighbor, since Lucrecia also mistook the transvestite for her husband. She lit into the shell-shocked customer, yelling “Hernando” this and “Hernando” that, and calling him every name in the book … until, that is, her innocent victim finally got a word in edgewise. During a brief calm amidst the storm, he succeeded in denying (to everyone’s satisfaction) any acquaintance with or marriage to the “raving lunatic.”

Personally, I think it’s unfair to blame Sophia and me for the misunderstanding. I also don’t see how it’s our fault that two of the neighborhood women Lucrecia plays “Bunko” with happened to be present when she decided to publically “out” her husband. Nonetheless, blame us she did; and judging by the exceedingly nasty voicemail we received from Hernando last night, he blames us too. That’s why I’m pretty sure one family will have to go, either us or them.

Good news.  I just looked out the window.  There’s a woman standing on our neighbor’s front lawn pounding a “For Sale” sign into the ground.  Thankfully, it looks like we’ll be staying after all. 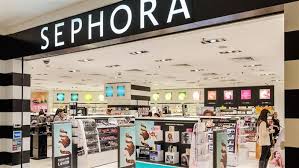