Last week I found my wife watching a forensics show – her favorite nighttime pursuit – with an episode featuring a deadly woman who claimed to have “accidentally” shot her husband between the eyes.  I thought Sophia seemed a tad too interested in the subject; but I didn’t feel overly concerned, then.

When we awoke the following morning, however, Sophia suddenly announced her desire to buy a gun “for protection.”  My slight paranoia at the suspicious timing of this announcement ratcheted even further that night.  Shortly before bedtime, I overhead snippets of her telephone conversation with an unknown party.  Piquing my curiosity, Sophia informed her unidentified listener: “I know, he needs to sign his Will;” and “I agree, we need to make sure his life insurance is paid up.”

I didn’t know why my wife wanted to kill me, unless she hadn’t been joking a few weeks ago when she threatened to stab me if I left my dirty underwear on the bathroom counter again. I refused to go down without a whimper though.  After a sleepless night, I locked myself in my office and penned a letter to my brother.  It began: “If you’re reading this then I’m already dead, murdered by the treacherous cur who married me.”  Moving on, I detailed all the evidence pointing to Sophia’s guilt, so Frank could make sure she didn’t get away with my assassination. I sealed the letter in an envelope addressed to him and scribbled a separate note instructing him to open the envelope only in the event of my death.  Except, before I could finalize the package, I had to run to court.  I left everything on the desk, intending to finish on my return.

As it happened, both housecleaning and garbage pickup were scheduled that day.  I arrived home only to find my desk tidied with no sign of the letter or the separate note.  Apparently, our thorough housekeeper had accidentally tossed them out with the trash.

Later that afternoon, my initial anger turned to praises of thanks.  Why?  Because I overheard another of Sophia’s phone conversations, and this one clarified certain critical details.  It turned out the life insurance policy and Will I’d heard discussed pertained to her father’s documents, not mine. Sophia and her brother Giuseppe (the now-identified “accomplice”) had grown concerned that their mother might be inadequately protected should her husband pass on.  All I could think was: thank God I didn’t send that letter!

That was a few days ago. Last night my clearly-perturbed wife played back a voicemail she’d received yesterday, from Frank.  His message got right to the point: “You despicable cunt! Richard’s letter explained it all, and I won’t rest until you get the Needle for killing him. My brother’s death will not go unavenged!!!” 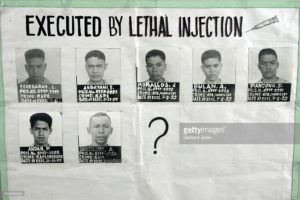 Could Sophia be next?